Five years of exporting sheep to the UK

In the period 1894 to 1899, the export of live sheep to the UK was a lucrative business for farmers in the West Skaftafell district. Large farms in the area were well suited to sheep farming and in all there were over 150 farms. A co-op was established in the coastal village of Stokkseyri to see to the export of sheep. Farmers in the Skaftárhreppur would drive their sheep herds to Reykjavik where they were taken by rowing boat to ships moored out in the harbour. Once transported to the UK the sheep were put out to pasture to fatten them up before being slaughtered. It was estimated that each animal had dropped in weight by around 42 pounds during the voyage. Icelandic farmers could either be paid in goods or cash for their livestock. Some farmers would actually have been seeing money for the first time during such transactions. This trade in sheep to the UK was important to the Icelandic economy in terms of the foreign revenue it brought in. 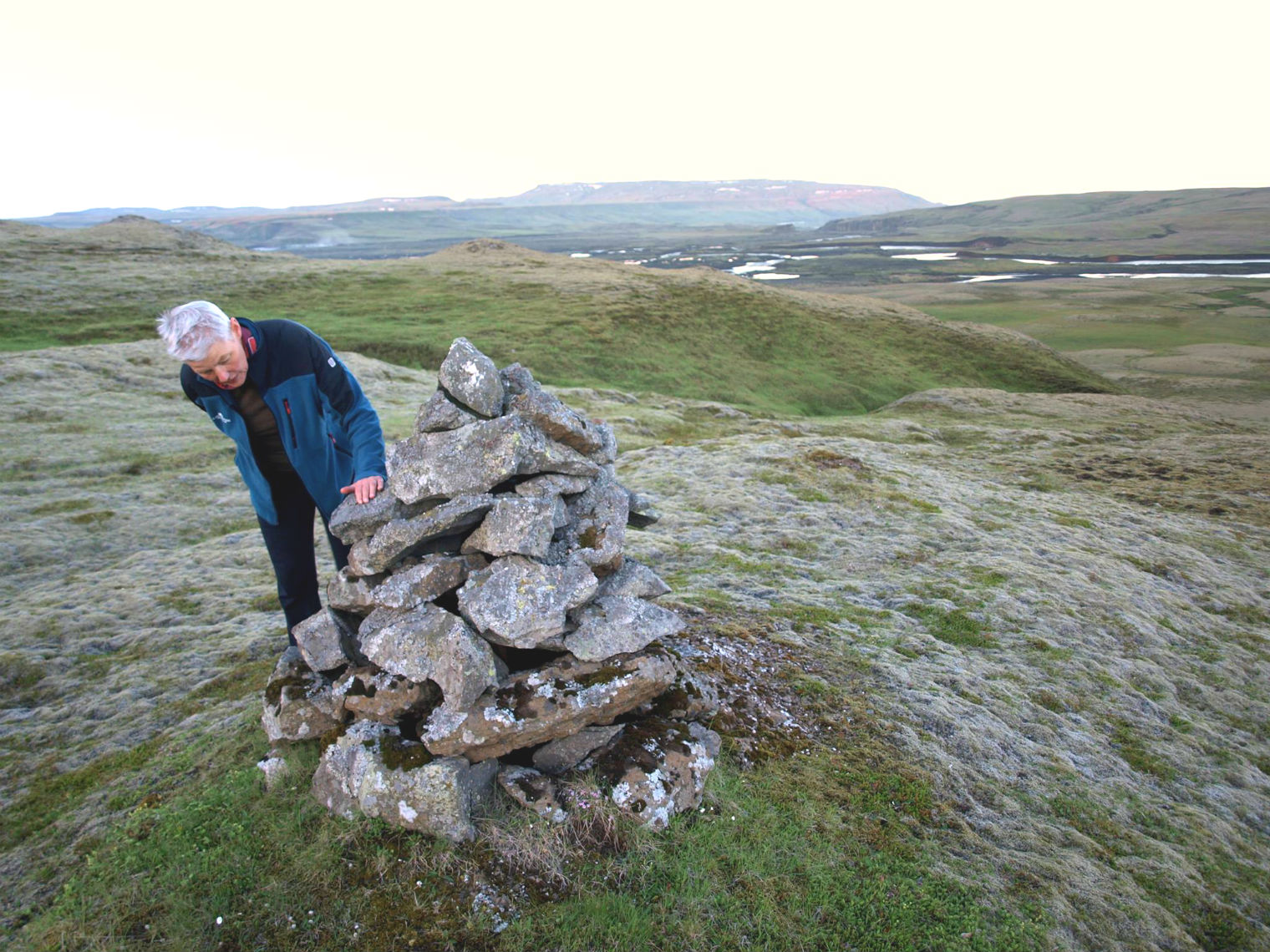 Many of the 798 cairns are still standing today and can be seen if you drive Road 208 to Landmannalaugar from Kirkjubæjarklaustur. (Photo Íbí) 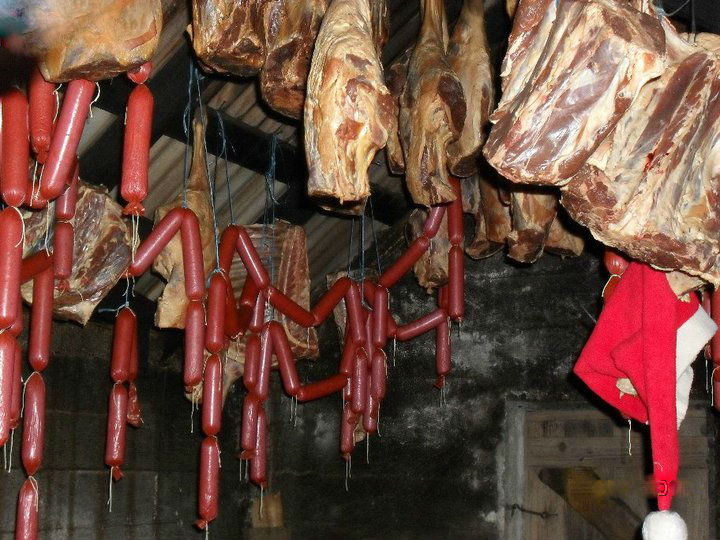 There is and icelandi tradition to smoke meat. The name of this meat is hangikjöt and the sausage is bjúga. (Photo JGÓ)

Driving the sheep to Reykjavik

On the first occasion that farmers from Skaftárhreppur exported sheep in 1894, 700 sheep were driven to the co-op in the coastal village of Stokkseyri. As payment, the farmers could take provisions from the co-op. The most popular items were coffee, flour, barley, corn, tobacco, rice and white yarn. Included in the first order were two sewing machines. It was, in fact, two unmarried men who requested these, one a young bachelor the other a widower. The reason behind the purchase was uncertain, i.e. whether the machines were to be used by the men themselves or to attract a potential bride. However not long afterwards both men were married, so perhaps the sewing machines did help.

The export of livestock by farmers from Skaftárhreppur lasted only five years but earned good money. The co-op in Stokkseyri handled the export of over 15000 sheep in the period 1894-1899. Provisions from the co-op for up to one-third of the value of the livestock were taken as payment, the rest was paid for in cash. The reason why this export of sheep stopped was that the British government placed a ban on the import of livestock unless they were first placed in quarantine. This new regulation would prevent UK farmers from fattening Icelandic sheep on their pastures. 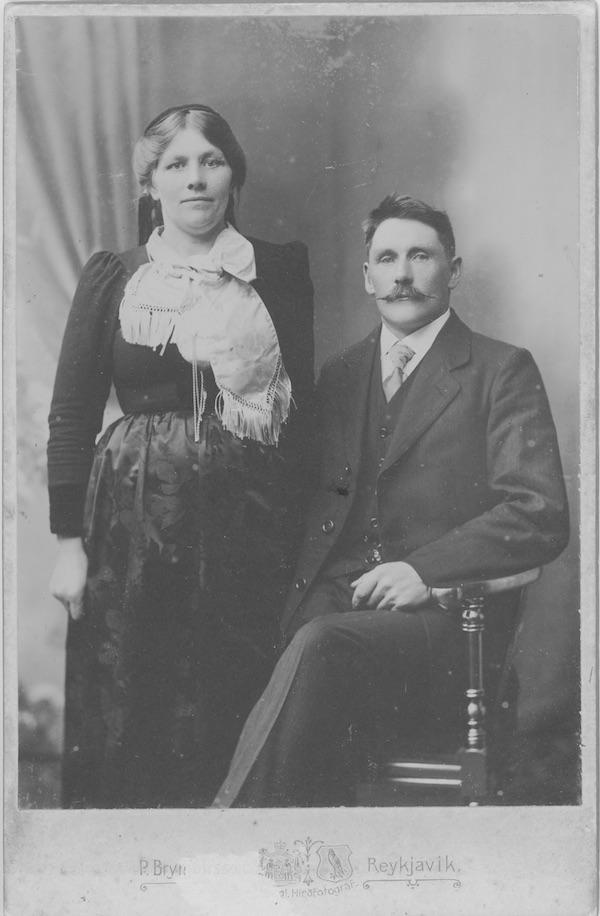 The couple Halla Helgadóttir and Vigfús Jónsson in Geirland on Sida. (Owner EAV)

A farmer by the name of Vigfús from the farm Geirland was in charge when the first flock of sheep was driven to Reykjavik in 1894. There was one drover for every 100 sheep. However, on this first trip, it was decided to have some additional drovers as the weather was unpredictable and it was also thought wisest to have men who knew the best route to take.

The journey was difficult especially when it came to fording swollen rivers, which resulted in men and sheep getting wet. Farms along the way gave shelter, providing food and drink and a means to dry clothes. One night it snowed heavily while the men camped that the unfortunate sheep were waist deep in snow the entire night. The following day the men used their horses to plough a track in the deep snow so that the sheep could be driven on. After several more days, men and sheep finally reached Reykjavik where the sheep were put on board a ship bound for England.

798 cairns erected to mark the route to Reykjavik

The following year Vigfús along with others erected a number of stone cairns to mark the route for future farmers driving their flocks to Reykjavik. There was a distance of 130 meters between the cairns and each one had a number. In all, there were 798 cairns. The material used depended on what was available at each location. Many of these cairns are still standing today and can be seen if you drive Road 208 to Landmannalaugar from Kirkjubæjarklaustur.