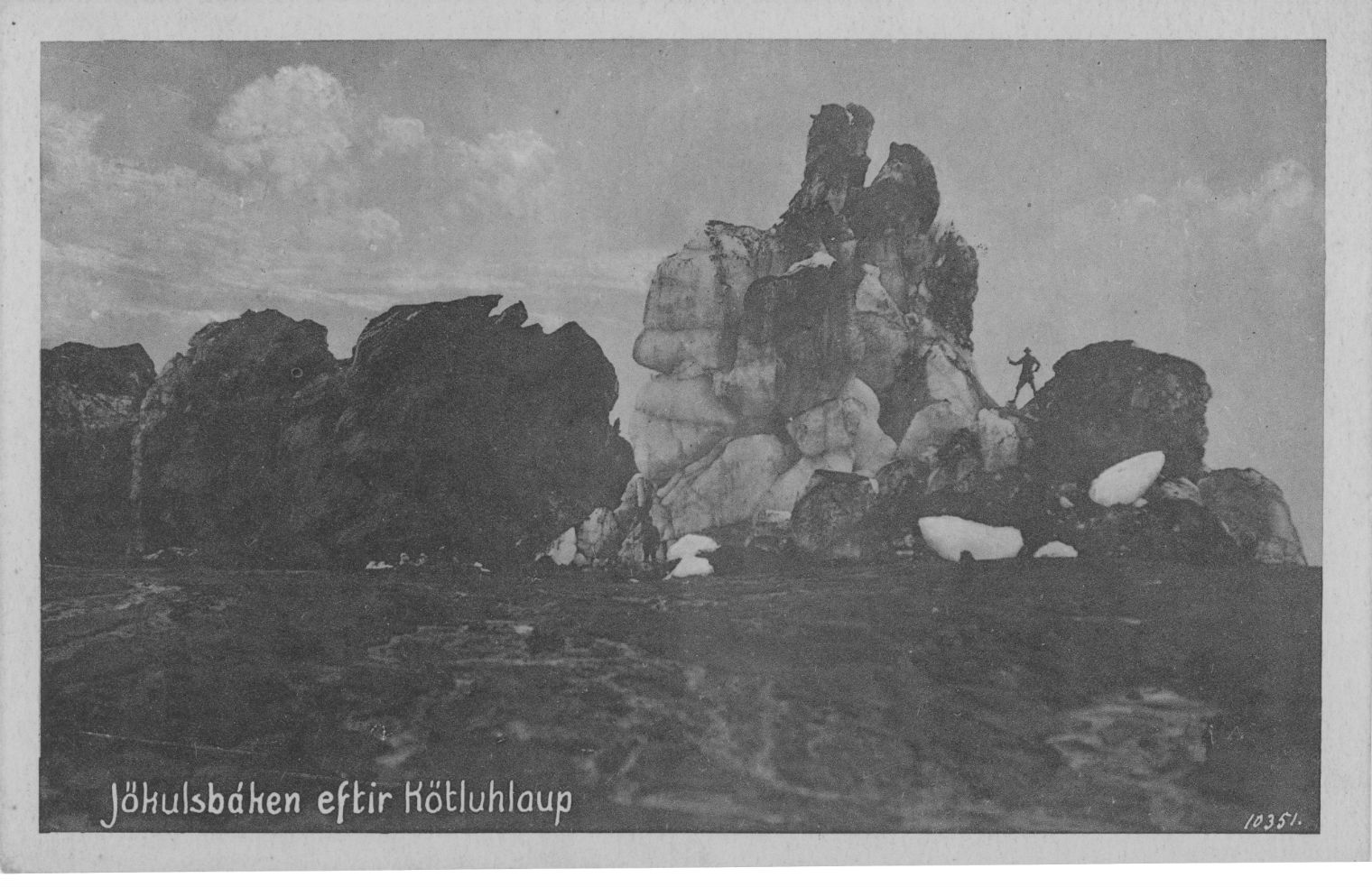 After the eruption 1918 were huge icebergs on Mýrdalssandur. (Owner. KH)

The volcano Katla is in Mýrdalsjökull in southern Iceland. It is very active; twenty eruptions have been documented between 930 and 1918, at intervals of 13–95 years. The eruptions can be dangerous because of ash and glacial flood. The summer of 2011 was glaciel flood. The last big eruption was in 1918. Many men were on Mýrdalssandur, all were at great risk this day the 12th of October 1918.

The notorious volcano Katla woke briefly from its slumber in the summer of 2011. Molten magma pouring from the crater deep beneath the Mýrdal glacier resulted in a glacial flood that swept away the bridge across the Múlakvísl river. With the bridge gone the main ring road around the country was ruptured. And this right in the middle of the tourist season. But in true Icelandic spirit the road authorities had gangs out working 24 hours and a new bridge was in place within a week. The eruption showed that Katla, one of Iceland´s most destructive volcanoes, is still very much alive beneath the glacier. 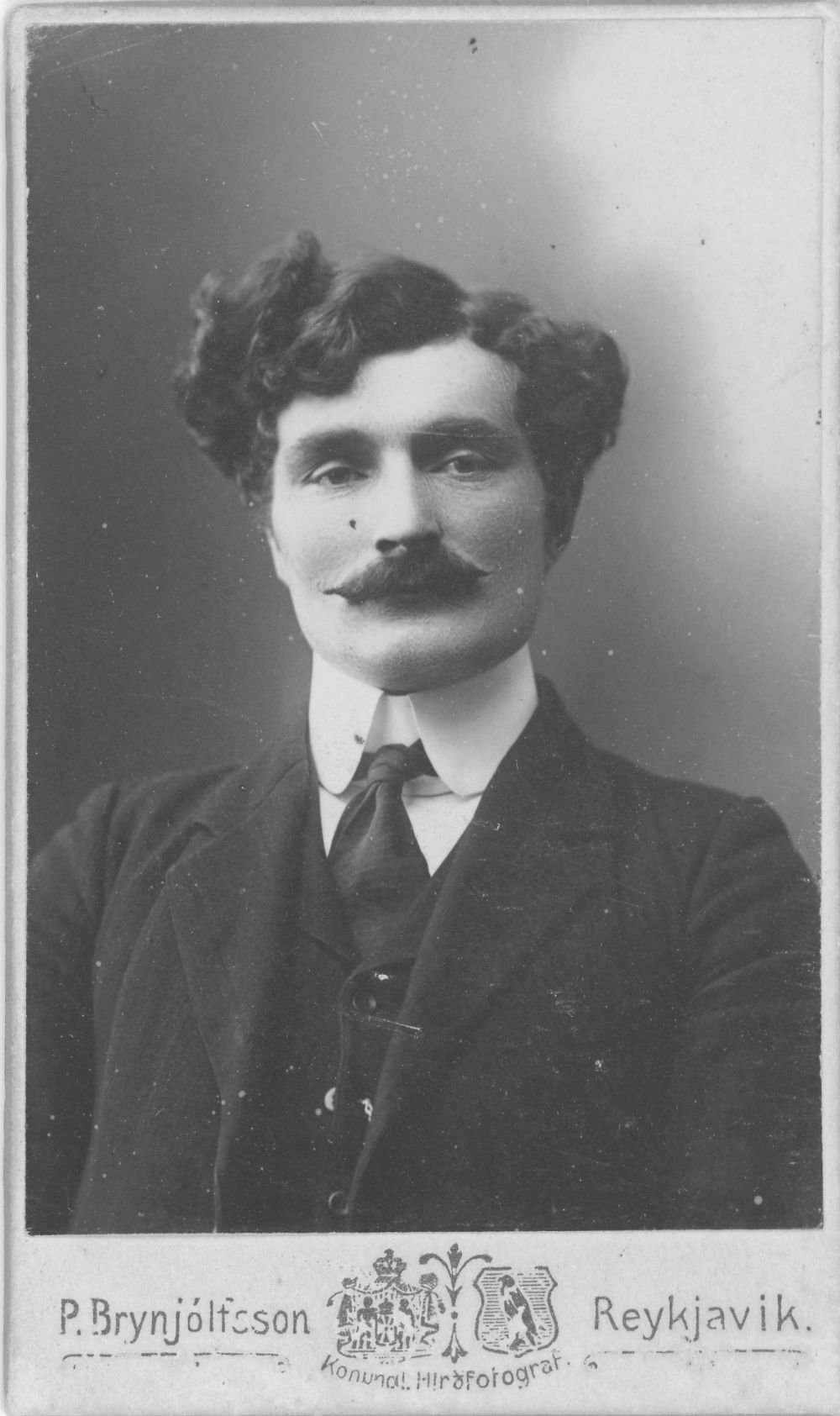 Jóhann Pálsson was in Hrífunes and was planning to go to meet the shephards when he saw the eruption, went back, just before the glacial flook to the bridge over Hólmsá, near Hrífunes. (Owner KH) 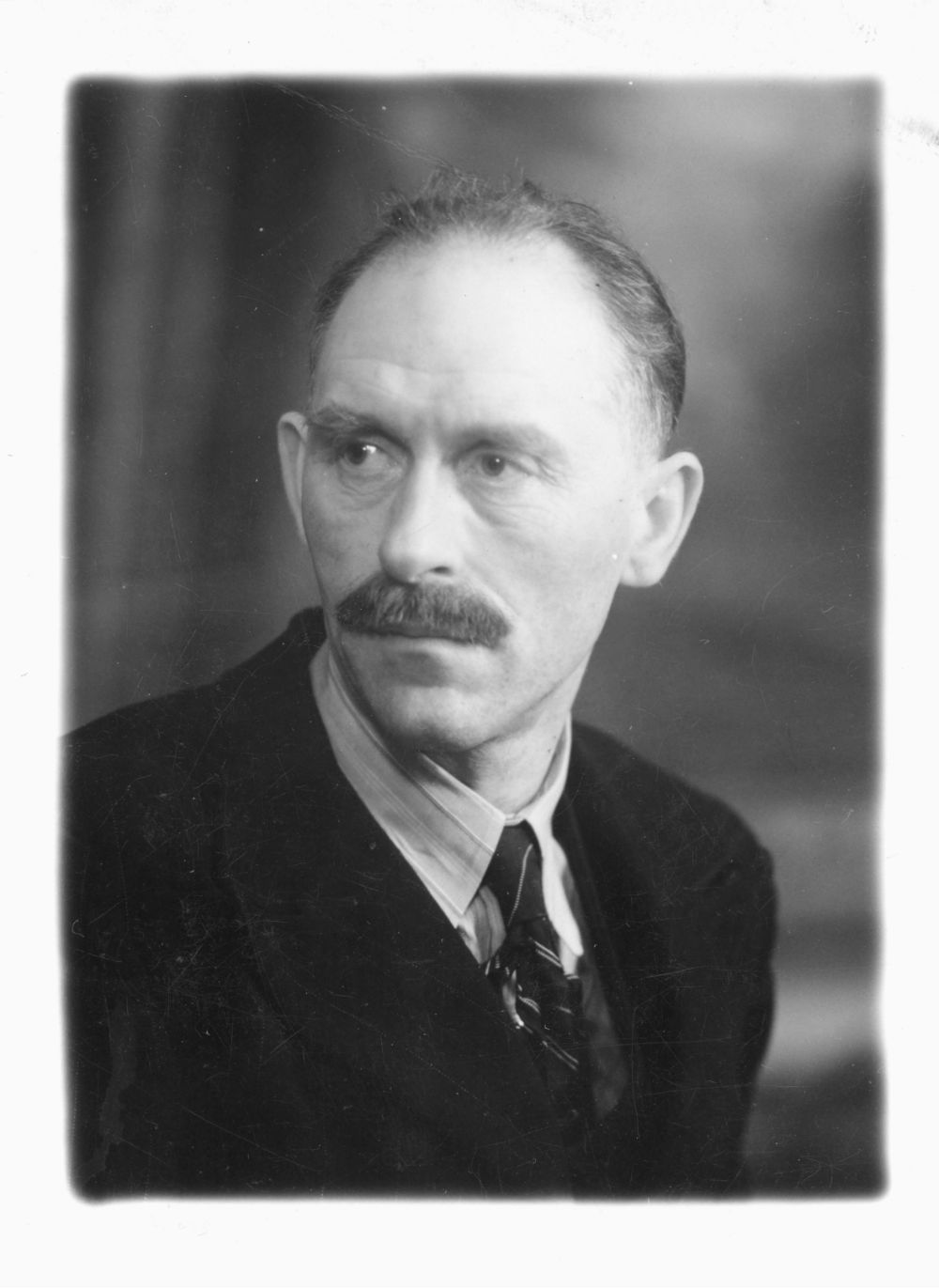 Jón Gíslason at Norður-Hjáleiga wrote down a story of this day. He was one of the farmers who were rounding up sheep. (Owner KH)

The last time Katla seriously erupted was in 1918. Sand deposits from the flood extended over the south coast by up to 5 kilometers. Fortunately there were no casualties, but a group of farmers who at the time were rounding up sheep had a narrow escape.

The men were close to Álftaver when they heard the heavy booming sounds. They saw there was nothing for it but to immediately head in the direction of Skálmabæjarhraun lava field, the highest point in the surrounding landscape. A short time later they could see the massive glacial tidal wave bearing down. Forced to abandon their unfortunate livestock they galloped away from the approaching flood.

Terrified, they pushed their horses to the limit racing across ditches and streams. It was hard to know which moved faster, the galloping horses or the flood waters behind them. Horses and riders made it to the edge of the lava field just before the glacial wave. Most of the livestock that had been rounded up drowned. The shepherds then headed towards the men gathered up on the lavafield. To everyone´s great relief all were accounted for. 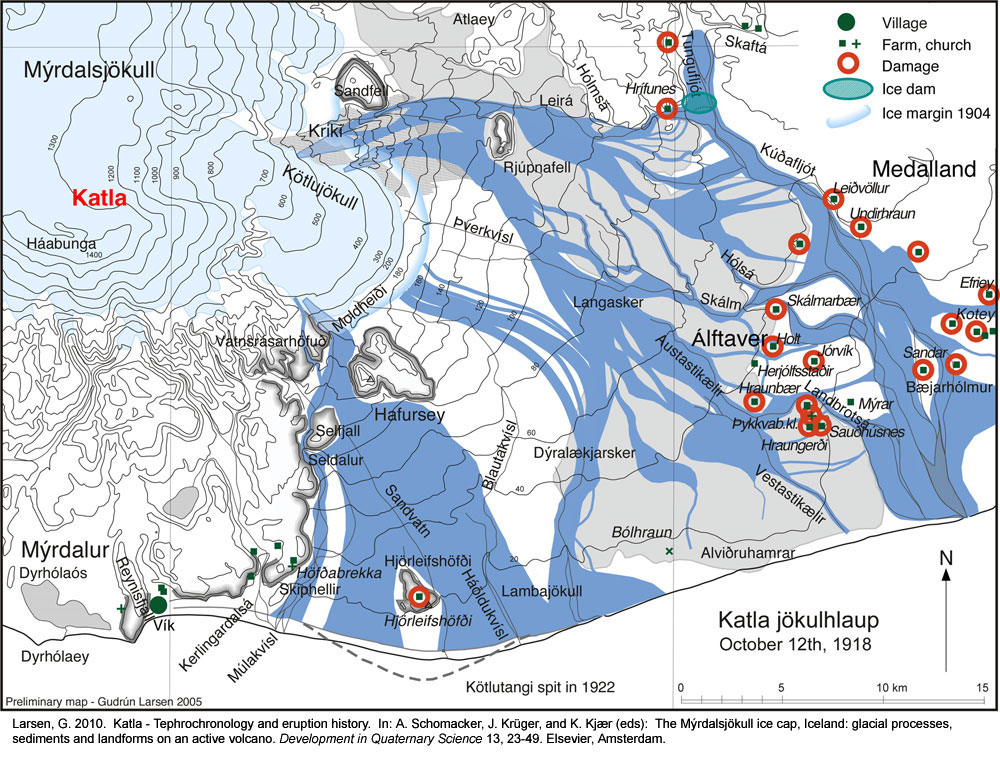 The men next rode to the farm Skálmabæjarhraun. There they hastily carried everything from the farm up onto the edge of the lava field. That night they and the family sheltered in a barn higher up on the lava field. Few if any of them slept. Ash and cinder fell from the sky and it was pitch dark. Every now and again there were flashes of lightning. In the distance they could hear the claps of thunder and booming of the eruption and the gushing, grating sounds from the glacial torrent. When the people woke next day they saw that the flood waters had reached the farm´s front yard and right by the entrance stood a large lump of ice waist high in size.

Katla is in Mýrdalsjökull. We never know when there will be a new eruption. (Photo. LM)

The farm Skálmabæjarhraun was abandoned after the eruption. Fortunately other farms in the vicinity suffered only minor damage. What is remarkable is that there was no loss of life in this natural disaster that lasted 24 days.

You can also listen to this story