The great sandstorm of 1944

In Iceland storms are most frequently associated with snow but on the country´s south coast it can also mean sand storms. Here is a story about very hard sandstorm 1944 that spoiled to farms so much that people had to move.  Later people started to make fences and cultivate lyme grass Elymus arenarius and grass and the sand was less every year. 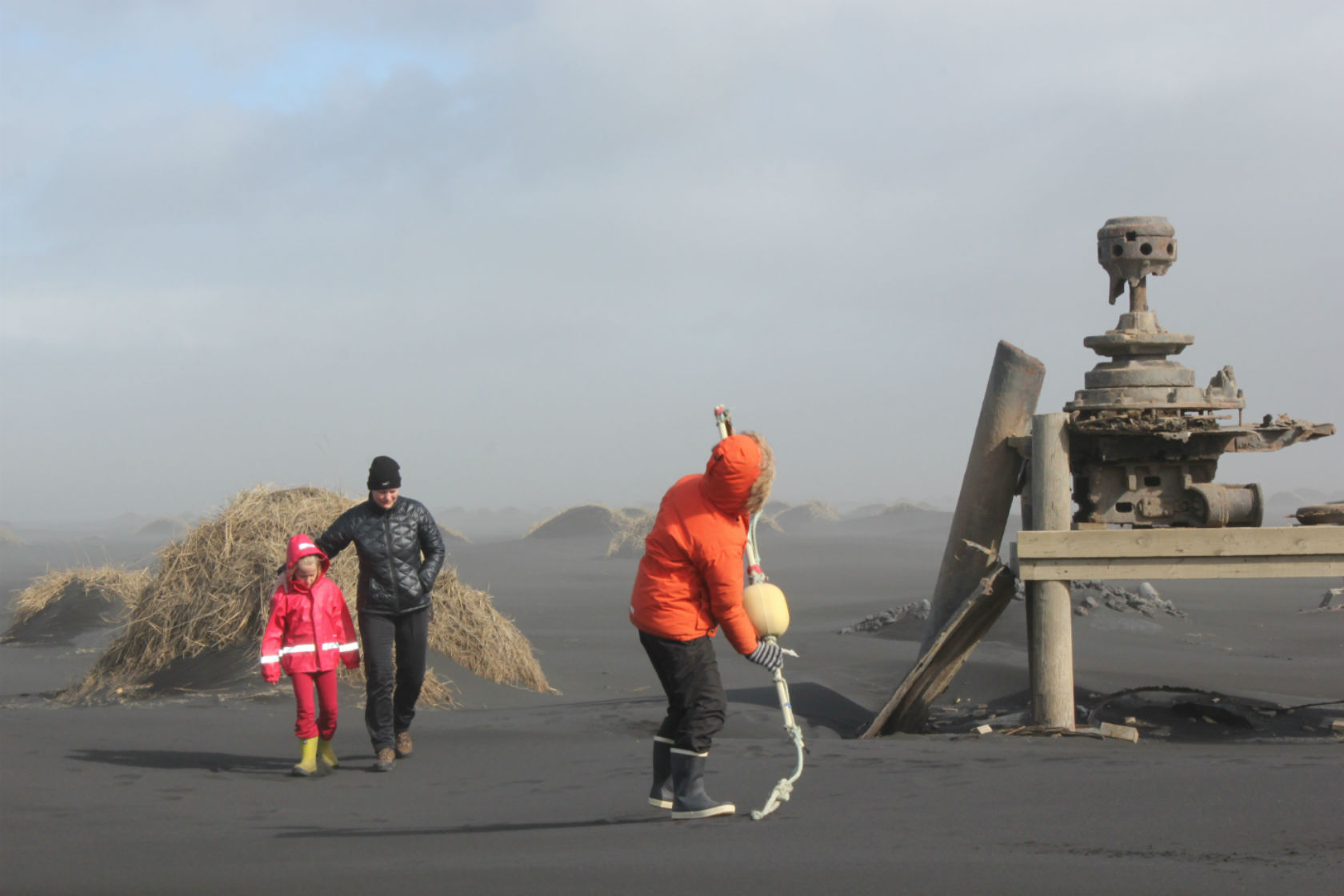 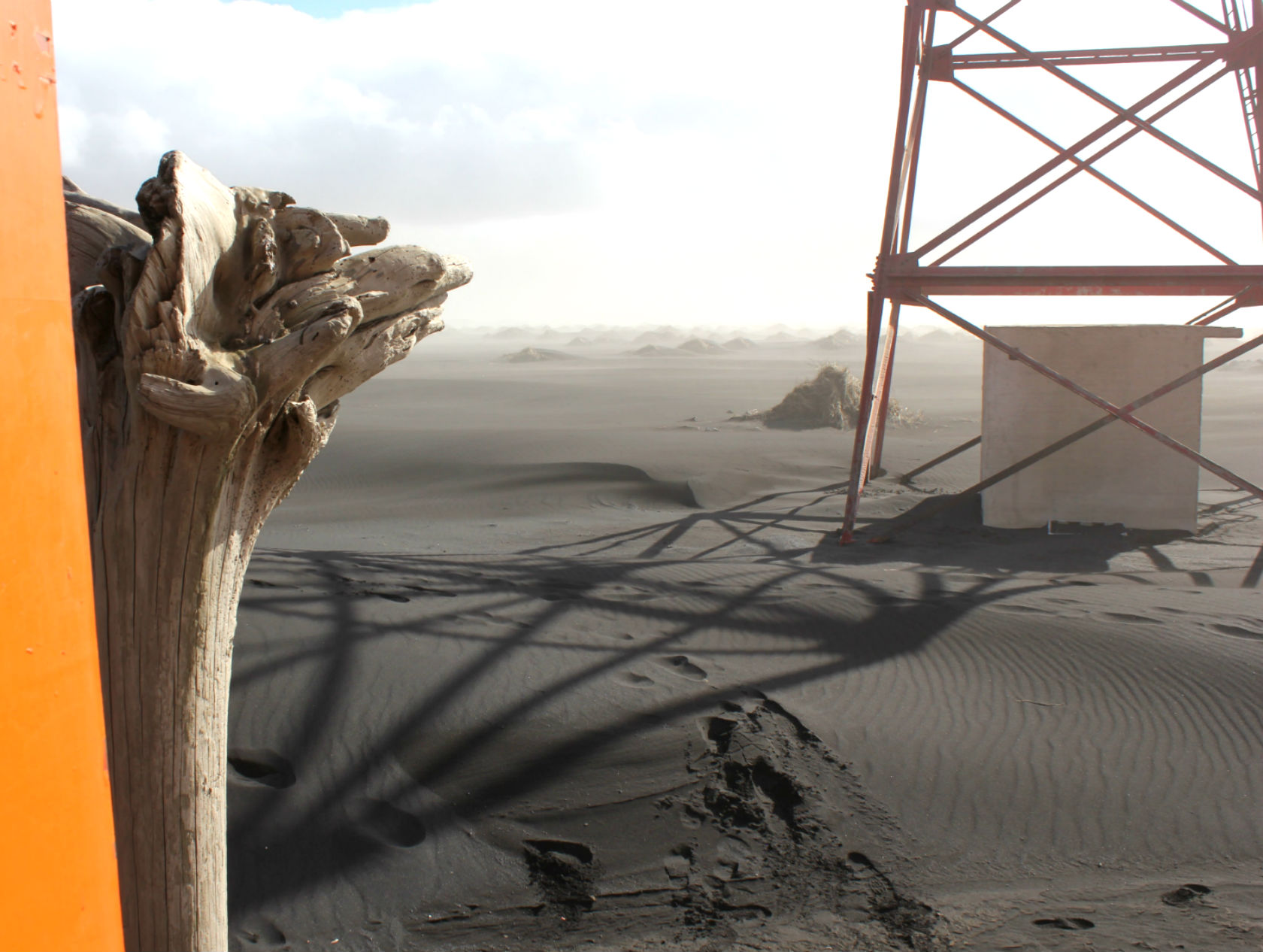 Through the ages many farms had to be abandoned on the south coast due to sand blowing inland and smothering vegetation and homesteads. The damage was most widespread in the district of Meðalland where over twenty farms were abandoned. After 1900 attempts were made to tackle the threat from encroaching sand by fencing off specific areas and planting lyme grass.

The results of these efforts for land reclamation were good and for many years only a few farms had to be abandoned, but in the spring of 1944 a storm lasting a week caused sand to once again blow over farms. It also coincided with a high tide that had the sea come far inland. Once the wind had abated it was discovered that large drifts of sand had piled up around the farm Leiðvöllur. The meadows were covered with sand and the farm´s deep well had clogged up so there was no drinking water to be had. Fortunately, most of the livestock had found shelter in the lava fields to the north of the farm and survived.

The entire week the locals couldn´t leave the house and after the weather had settled the family realized there was nothing for it but to gather up their belongings and leave. The ruins of the old farmstead at Leiðvöllur can still be seen if one walks across the meadow to where the barn is today. From the ruins one can see that here once stood a fine farm. For many years it was impossible to live here because of the sand.

The neighbouring farm on the east bank of Lake Eldvatn also suffered. The residents stayed on for a year, but then in the spring of 1945 they gave up and left. The farm has been derelict since. 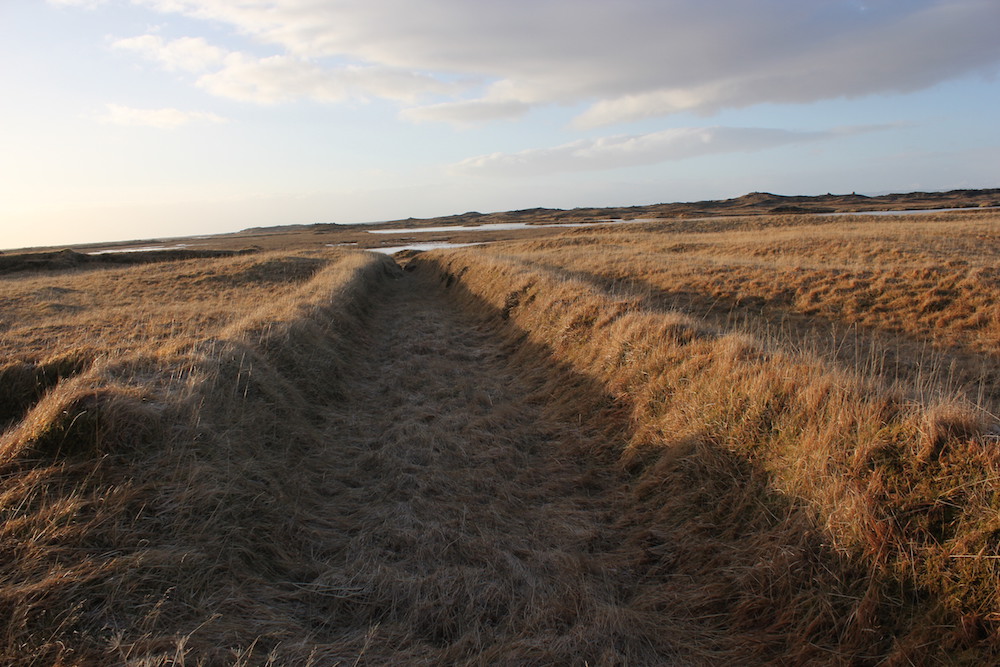 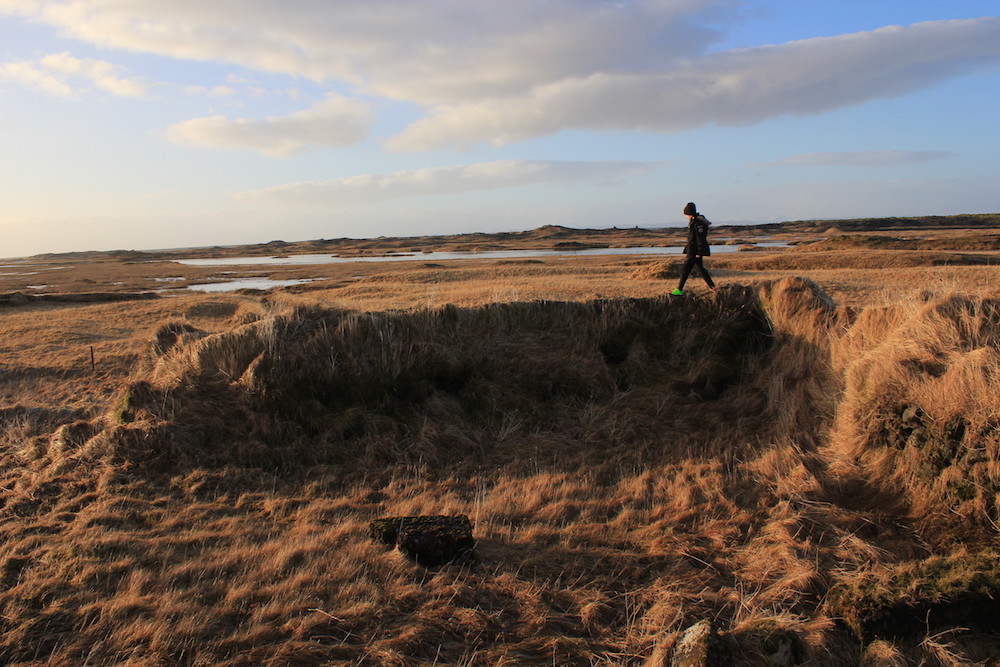 One has mixed feelings standing here in the locality of Meðalland. There´s a sense of sadness thinking of the land lost to the encroaching sand and the unfortunate families forced to abandon their homes. However there´s also a feeling of joy seeing how the efforts to reclaim the land have been successful. Today there´s extensive corn farming where once there was only barren sandy wastes. 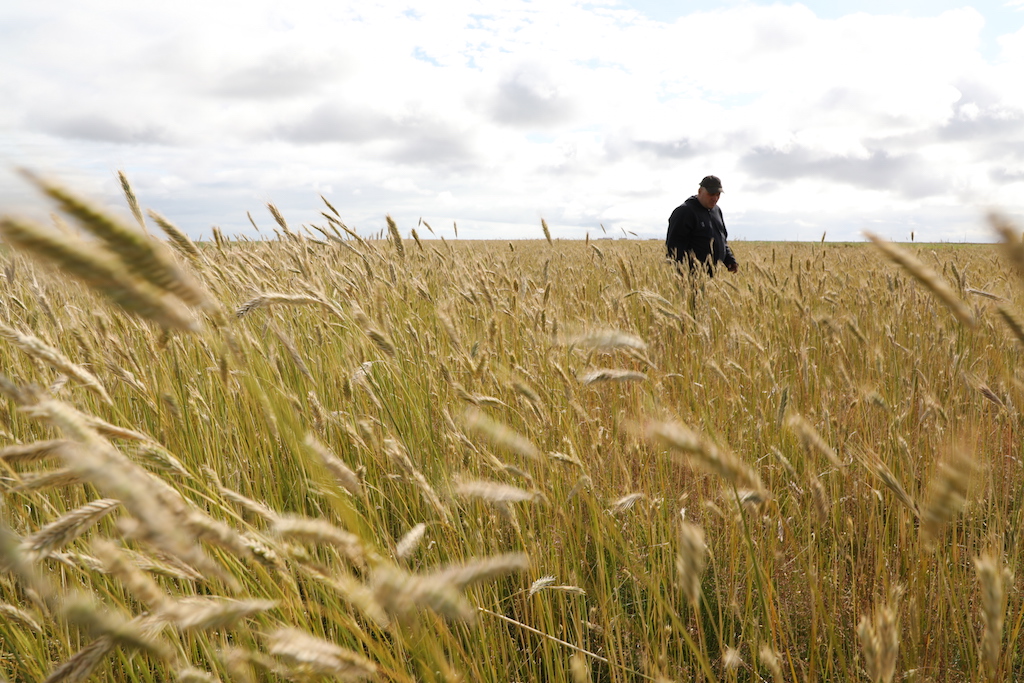 Now Meðaland is green and it is difficult to think about sandstorm there. On one farm, Sandhóll, is cultivated oats, barley and rape seeds to make oil. They also manufacture beef. (Photo LM) 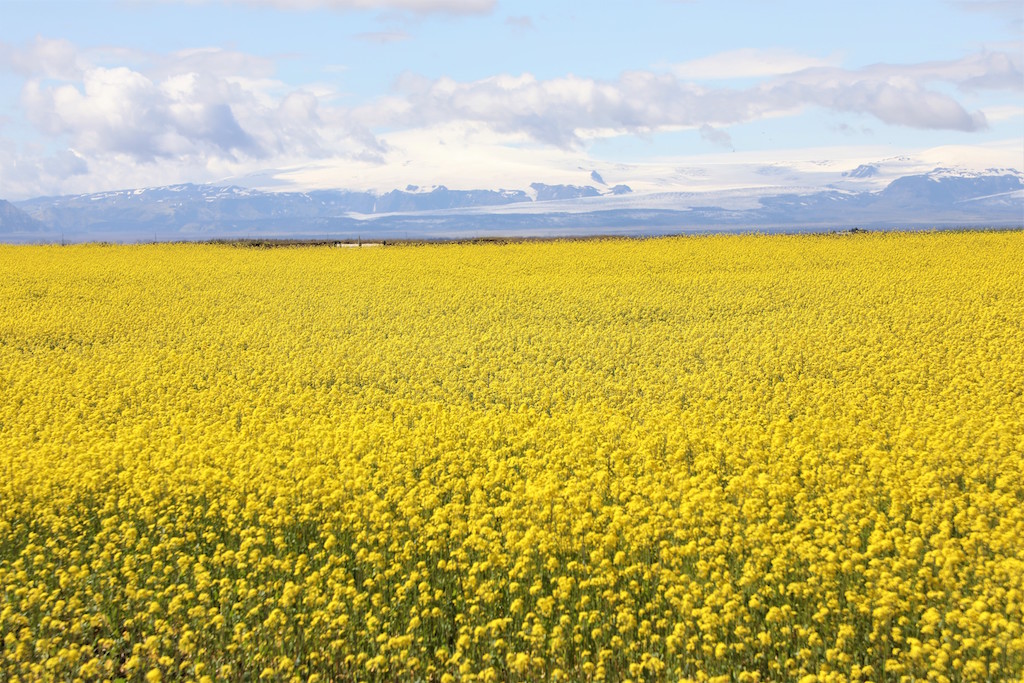 You can listen to a short version of this story